We used to open environment variable editor through the path of opened Control Panel:

Then we click on "Advanced system settings" on the left side panel to search for environment variable editor. Sometimes, you may take a lot of time to get what you want.

In this post, we want to introduce some ways to open the editor directly.

We call a run box to service us, then put the following string in it. 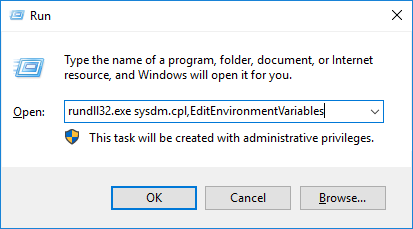 A set of keystroke Ctrl + Shift + Enter can make it run as administrator.

We can also open it in command prompt (cmd.exe) as Administrator in Windows platform. 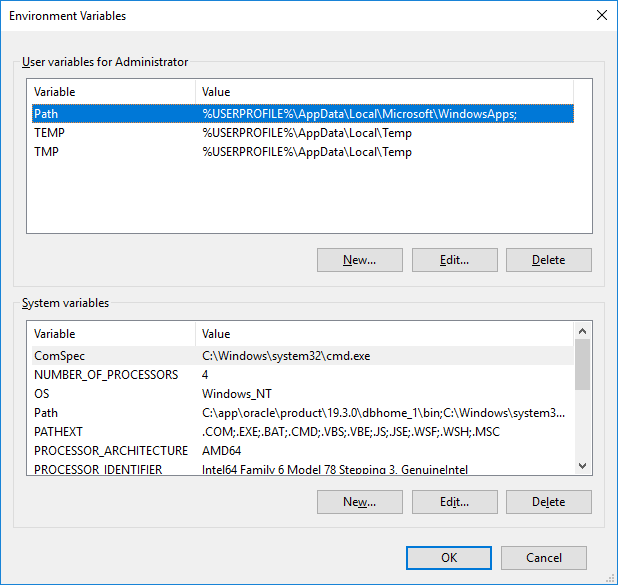 Tags:cmd.exeCommand Prompt (CMD)EditEnvironmentVariablesEnvironment Variables Editorrundll32.exe sysdm.cpl
previousHow to Resolve DiskPart has encountered an error: The media is write protected
nextHow to Add a Path to PATH in Windows